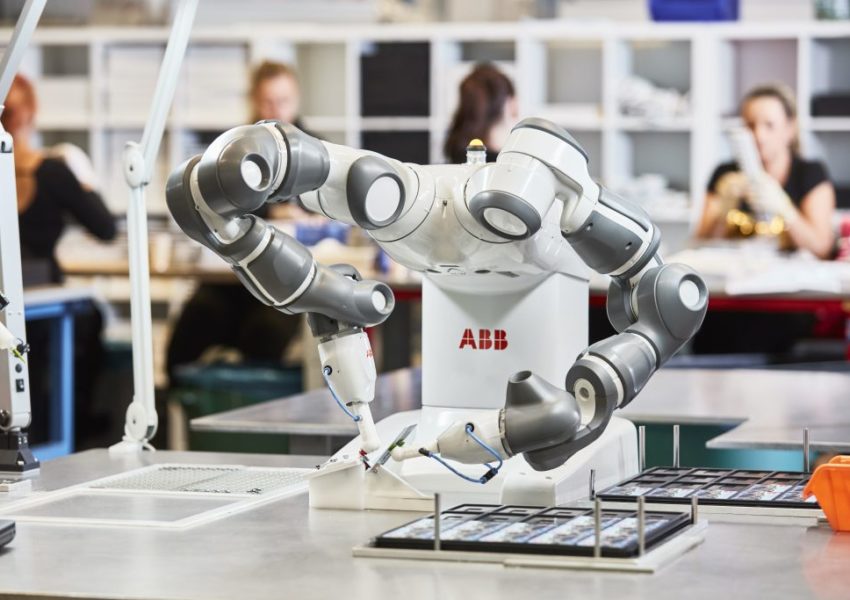 When it comes to automation in manufacturing robots are the first idea that comes to mind. From the idea of robots, factories are then able to look at their processes and decide what kind of robot they need for their specific processes.

The industrial robotic arm is a versatile industrial robot that has been an integral feature of factories for decades now. As the manufacturing industry grows and the robotic arm has not been left behind. It has gained new features that have seen it handle more than the pick and place tasks it was assigned when it first started at the factory floor.

Here are some of the features that make the make the industrial robotic arm essential for any manufacturing company in the world.

Industrial robotic arms have flexible arms that allow it to perform allocated tasks. Just like a human beings’ arms, the robot arms are designed as a forearm and a wrist. The forearm gives the robot arm a wide range of reach and thus its working area can be large. At the same time, its wrist provides it with the ability to rotate and hold products in different angles.

Most industrial robotic arms have six axis. These creates in them the ability to handle different tasks excellently, as assigned on the factory floor.

Can lift and hold heavy weights

Industrial robotic arms are also favored for their ability to carry or lift weight loads that would cause injuries to the factory worker. Industrial robotic have a wide range of weights they can lift. Therefore, different factories can choose different robot arms depending on their production process.

Industrial robot arms can lift or hold products of 500g to very heavy machines such as engines manufactured or that need to be fitted by car manufacturers.

This feature of the robotic arm reduces the chances of work related injuries as a result of lifting heavy materials and thus they also make the work place safer.

Industrial robotic arms are also flexible in the range of tasks they can perform. When they were first introduced into the factories, robotic arms were limited to pick and place tasks. As production processes have become more complex, robotic arms have had to adapt to the new manufacturing environment.

As a result, modern robotic arms are not only used in factories but also in other industries. They are increasingly being adopted in the healthcare, agriculture and military complex industries.

In the factory, in addition to pick and place tasks, robotic arms can be fitted with special externalities that enable them complete tasks such as welding and polishing. More advanced external features can give it the power of vision, and the robotic arm can be used for sorting and quality checks on manufactured products.

Collaborative robots are robots that work in close proximity with human workers. The initial industrial robotic arm was fenced off and carried out tasks assigned to it on its own. Different factors such as technology advancements, changes in customer tastes and preferences have affected how manufacturing is done. As a result robots have been manufactured to collaborate with factory workers to create products that are well finished and possibly customized. The robotic arm is also increasingly becoming collaborative where it works at a certain task such as welding alongside a human factory worker.